Start of School and Perhaps a little Denial

Last week, I got a message from Brayden's bus driver; she was with him last year and a couple of years ago.  She called to let me know Brayden was not on her route this year.  I thought, no big deal because they change them around every year but it was sweet of her to check.  She proceeded to tell me that her route was the same and Brayden was not on it so she wanted to make sure he was okay or if he switched schools.  She also called school transportation and found that he was not even on the list...they did not have him for bus transportation.

Brayden has been riding the bus for several years now, from our house to the same school.  Not sure how or why there was a mix up.  I called transportation and the school trying to sort it all out.  It seems as though many special ed kids were without a bus.  And most them, Brayden included, do not live near the school so the bus is important to get them to the school.

The assistant principal worked to find out info and get everyone set.  Brayden does not have bus transportation the first week of school, thus momma will be taking him and picking him up.  He should have a bus next week.  His days will be short because I need to pick him up early to get back to Waterford in time for Luke.

Brayden was ready this morning, we tried to tell him that he would ride with mommy to school and he would be starting school.  Having a bus ride would have really let him know but mom was the ride today. 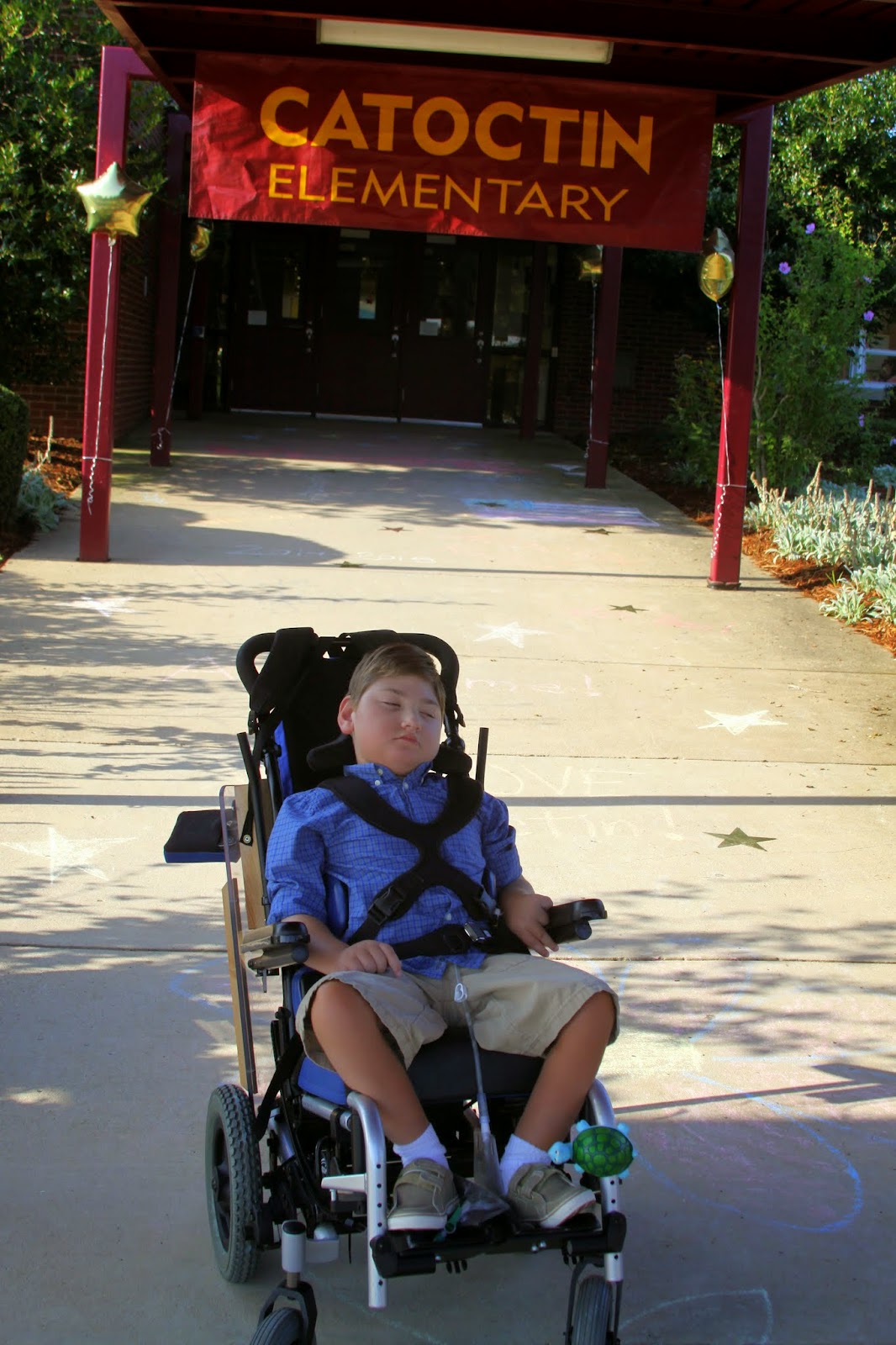 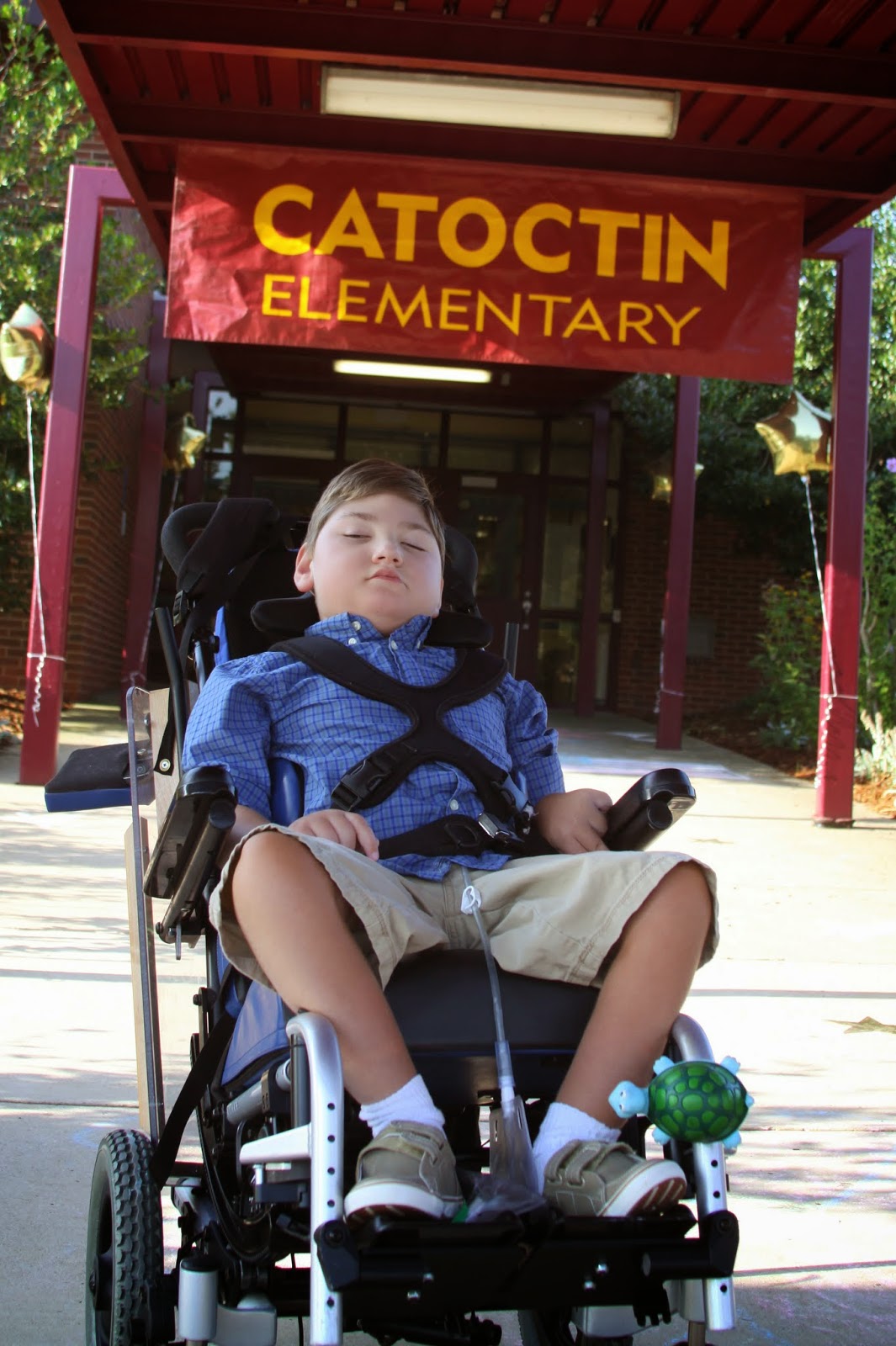 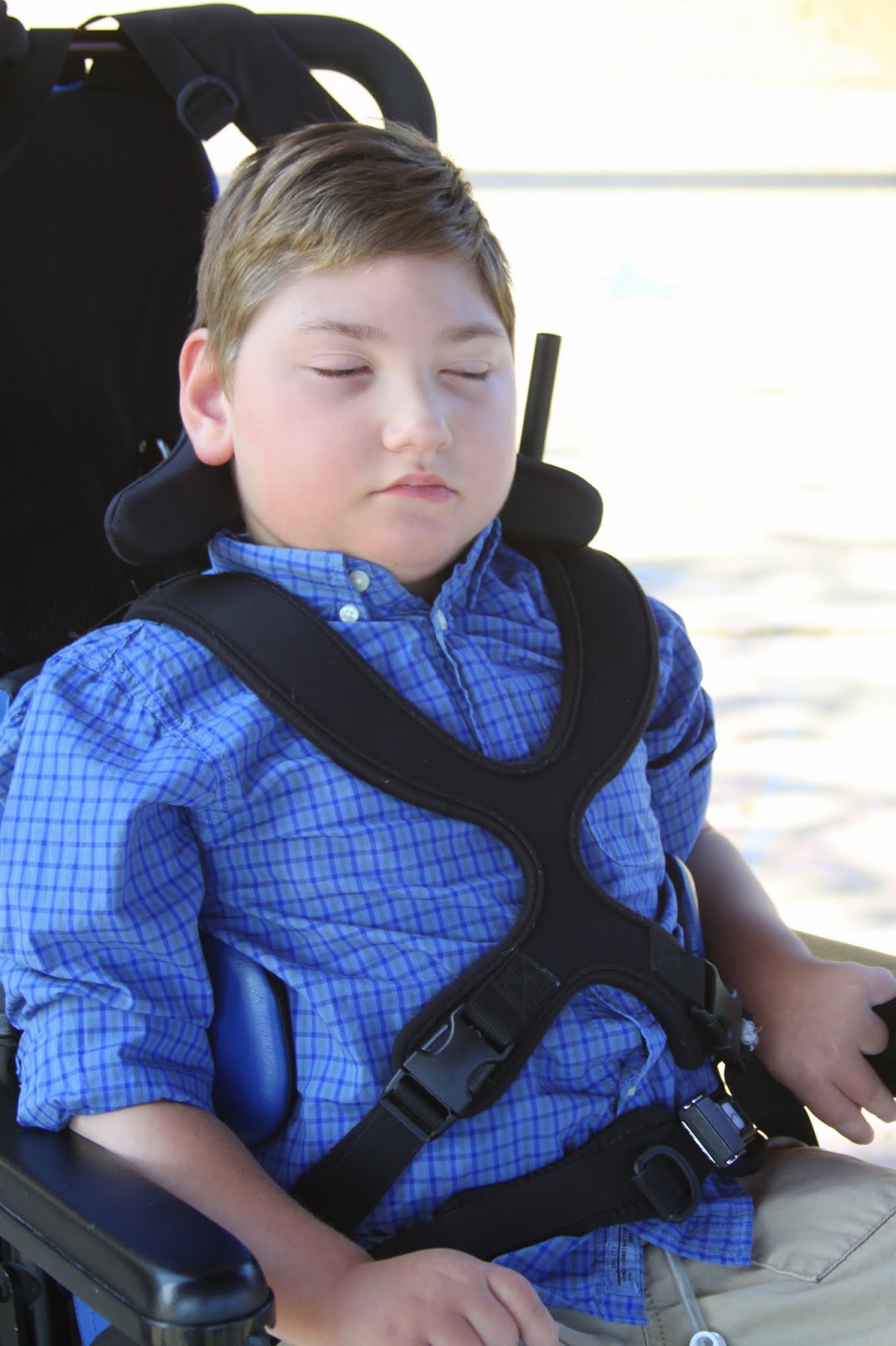 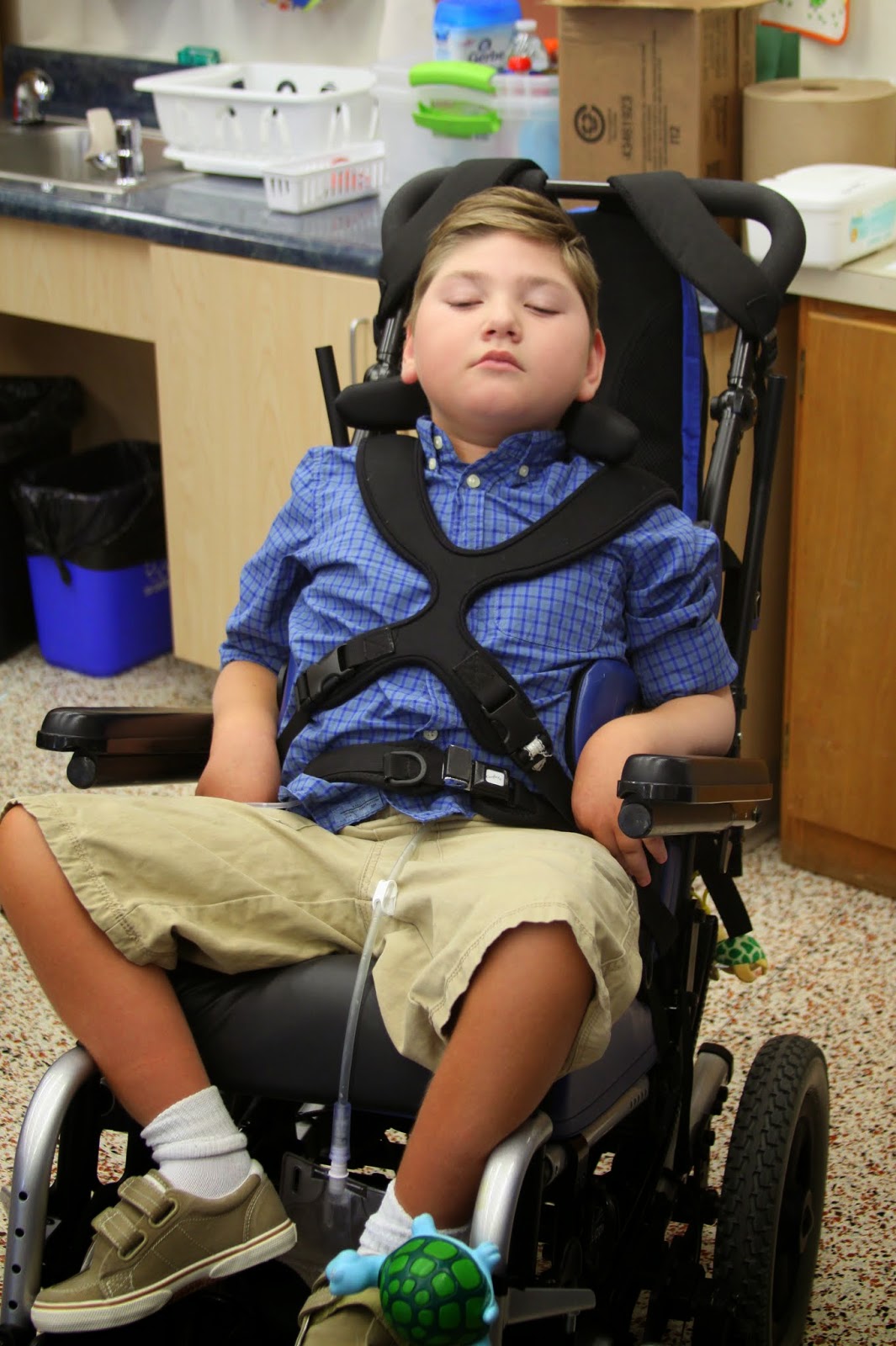 Well we arrived and the little munchkin refused to open his eyes, perhaps trying to pretend he was not actually there...trying to deny the fact it was school time.  Once inside, he realized it was his time, the fussing started.  He was not thrilled with being there, summer time is his preference.  After lots of attention from the special ed ladies, he settled down.

Praying he does well and the transition going back is smooth (minus the transportation problem but we can handle that).  He will be tired and hopefully not too upset with me.

UPDATE:  Brayden did really well at school.  It did help that his day started in music class.  He even did the stander, without much protest.  It seems as though he put on his big boy pants today and decided to not fight it...although I am not sure he knows this is happening every day now...
Posted by Jenkins at 11:49 AM

What a great first day story!

So happy to hear that his day turned out POSITIVE!!! ♡ Hopefully they will work out the transportation. You are truly blessed with a Kind & Caring Bus Driver...

Carrie, I am truly honored to be able to call you my friend! God bless all of you and I am thrilled that in the end, Brayden had a good day at school. Music makes it all better!