Check in time with Brayden's GI doctor.  Brayden has been with this doctor for many years, through some rough years and big GI troubles.  Today was more of a check-up, several things to check in to.

First, I needed to convince Brayden he was going to be fine and this doctor was not a special place of torture...it took him a while to believe me.

Second, we talked with the doctor about several things. 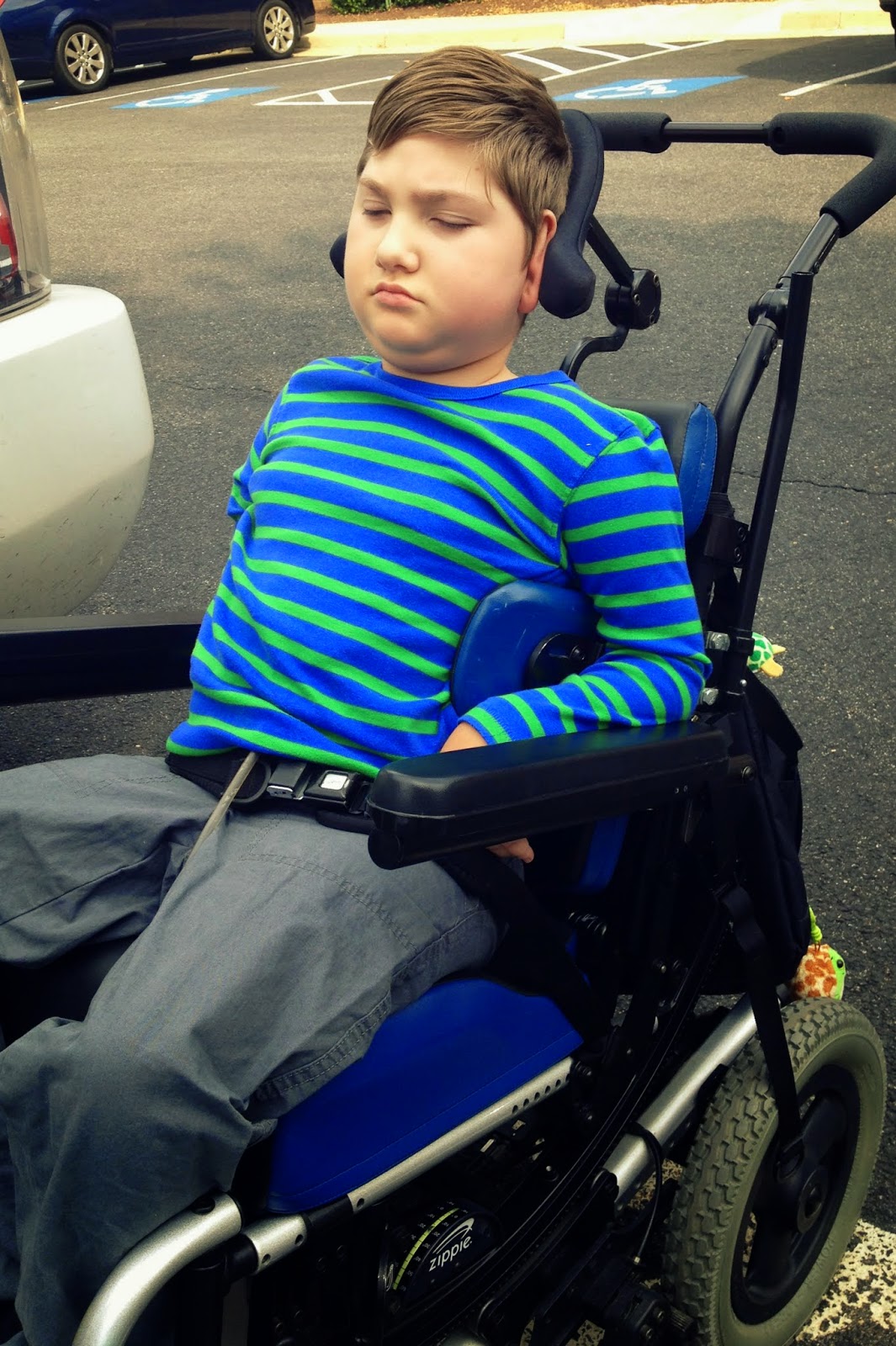 The next day we are headed to Children's to meet with neuro and have labs done, incorporating all of the things mentioned above.

After the appointment, I dropped Brayden off at school.  I have been hearing that he has done well in a different stander this year.  They loaded him up in a Supine Stander. 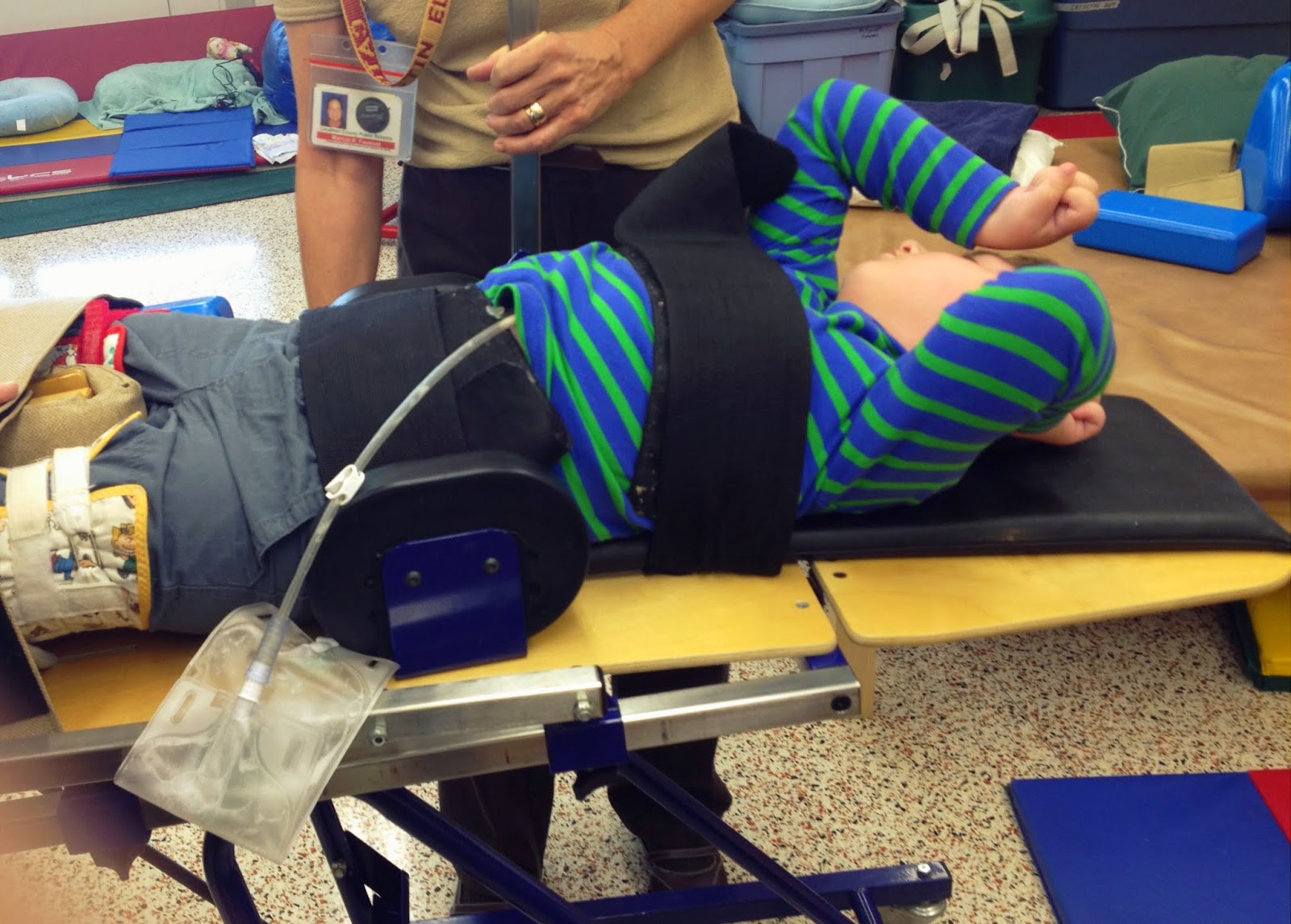 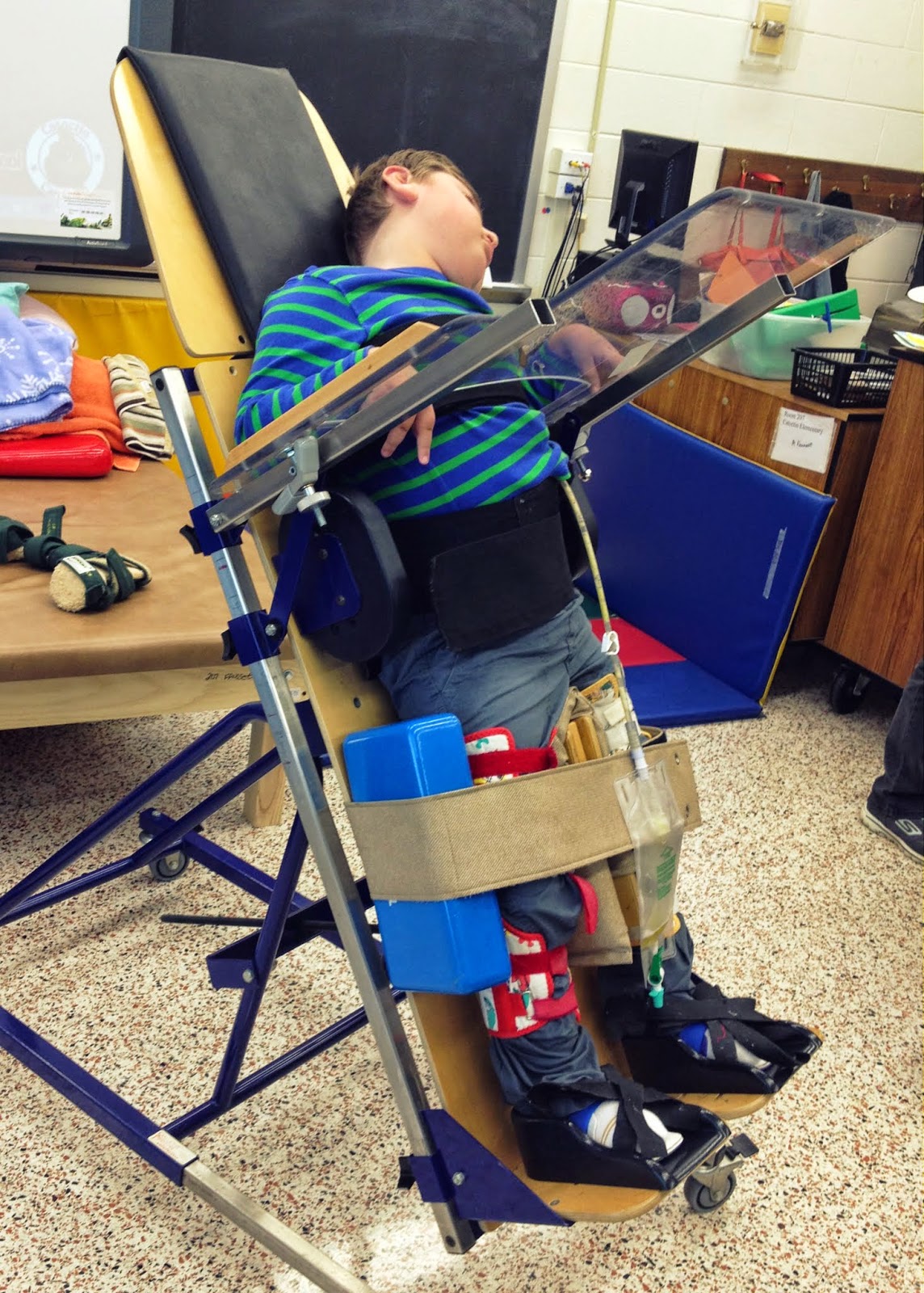 I do love to see him in the stander, standing so tall and handling it so well (and sooo much better than the other stander).
Posted by Jenkins at 7:31 PM