Back at the orthopedist.  Several things to discuss.

His AFOs (Ankle Foot orthodics), he has grown so much, that his already pudgy feet have been oozing out of his AFOs.  The AFOs are not too short, they are not wide enough, very, very, fat feet.  So a prescription to get new AFOs. 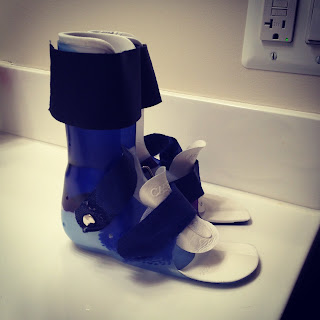 His hip brace.  I have been putting Brayden in this hip brace at bedtime...well I have not been so diligent about putting it on every night.  I just do not see the benefit of the brace, it just hold his legs in the position that he would anyway.  Talked with the doctor about the brace...that brace was not exactly what she ordered for him.  So a prescription to get a new hip brace. 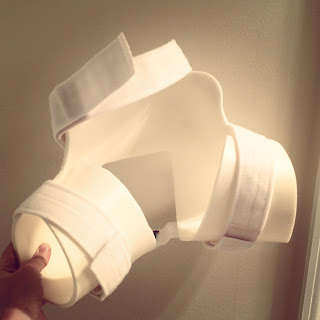 Then his hips.  For the past couple of years, there has been concern over his hips.  One doctor wanted to proceed with some major surgeries...we were not convinced it was the right time for Brayden.  Instead we have been treating his hips with Botox, relaxing the muscles to decrease the pull on his hips (and of course with physical therapy).  It has been helping and Brayden has yet to have a hip displace.  We have had many x-rays and talked to a few doctors, leading us back to his original ortho doctor.  Today was another day for x-rays. 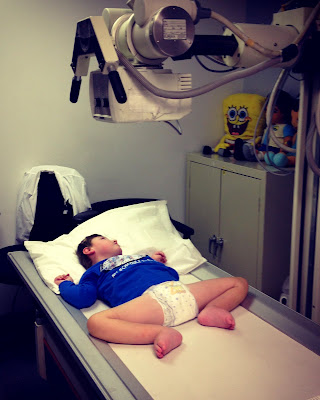 The news...
Brayden's hips have never looked better.  There was concern because he has grown so much lately and his legs are incredibly tight; his hips could have been likely to go out of socket but they have not so it is a really good sign.

As usual the ortho appointment is long, a couple of hours.  Brayden made it clear that it was too long for him. 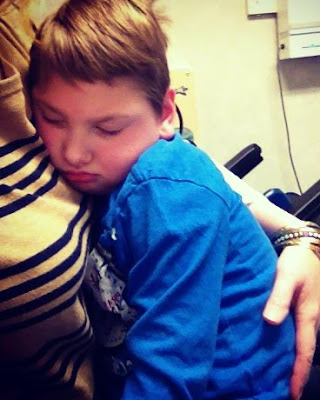 But I didn't mind, how can you say no to this sweetness?! 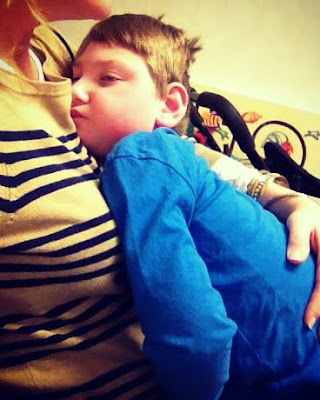