Brayden has been handling our fall schedule well.  He is not a fan of anything outside of the home or school (and sometimes he is not a fan of school).  So going to all of the football games, church and other outings has been a challenge with him.  He certainly makes it known he does not want to be out.

This past weekend we did not have a football game on Saturday.  We headed to a local farm with giant corn mazes.  Brayden was bundled up and "ready" to go. 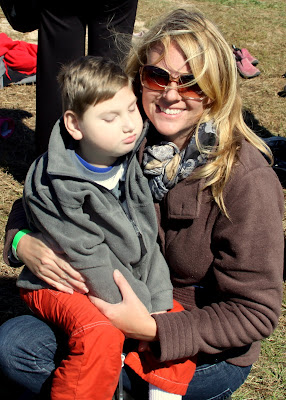 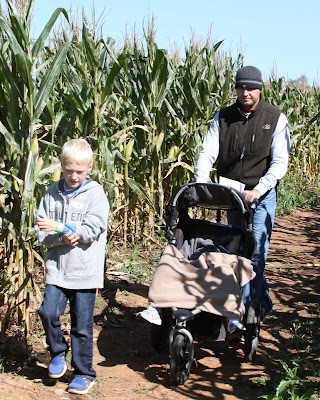 So many things that Carter and Luke wanted to do and thankfully Brayden was happy to go along.
Although he was giving me that look...
That says don't mess with me. 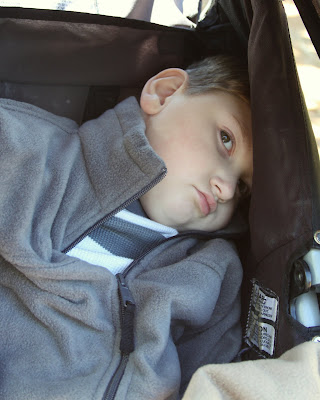 It was a great afternoon.
But of course, we had to get one of my "favorite" comments about Brayden...
I was holding him, he was squinting his eyes since he is sensitive to the sunlight.  Random stranger to me about Brayden, "Oh look who is so tired.  This place can wear out the kids!"  I didn't say much other than (saying nicely), "He's not tired, just really sensitive to the sun."  Why do so many assume he is tired? 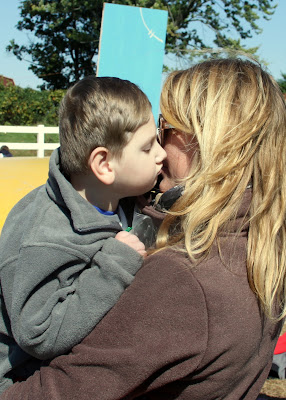 We tired to get a family photo but they cut out Brayden for some reason. 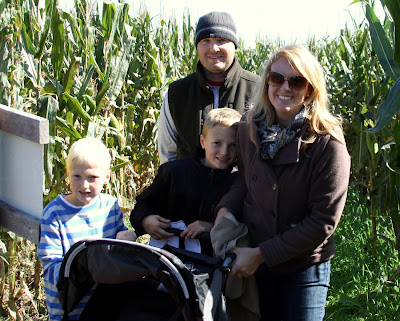 By the end of the day he was actually tired. 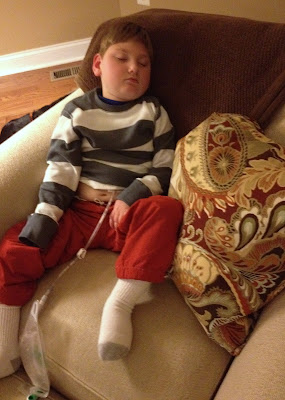