You would think Brayden may sleep in since he did not have to catch the bus until 10:00 a.m., unlike his previous years of being ready before 7:00 a.m.  He was up this morning, awake with all of the action/noise of Carter and Luke.  Maybe he was excited for his first day of school?

We let him relax all morning until it was time to get ready for school.  Loaded him in his wheelchair about 9:45 a.m. and the bus came shortly after.  All the while, I was anticipating his not-so-favorable reaction to all things school but he was very content all morning.  Although he would not open his eyes for pictures. 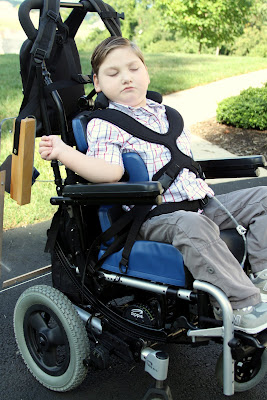 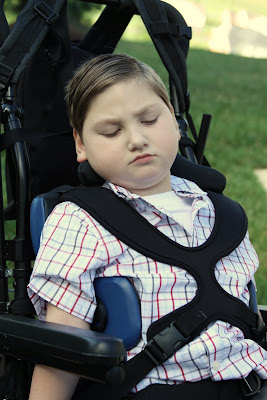 Once he was on the bus, he seemed to know where he was...and he was not upset. 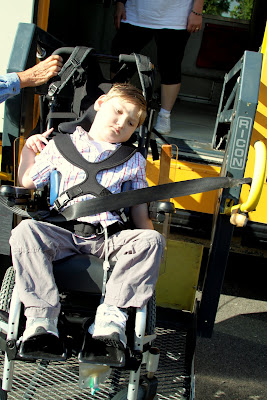 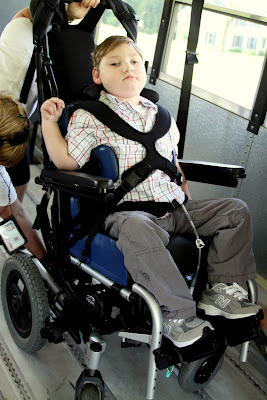 In fact, he did great all day.  Report from school said he had a fantastic day.  He arrived home on the bus around 3:00 p.m. still in a good mood. 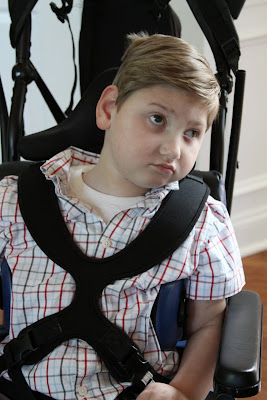 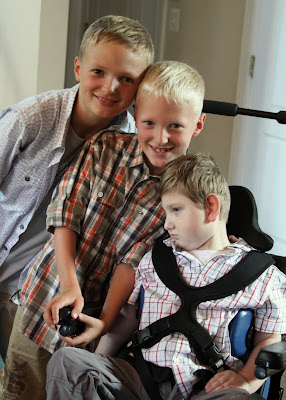 It was a great start to the school year (unlike last year).


Oh how I missed him today.  He will be at school Mon-Fri, I cannot believe it!