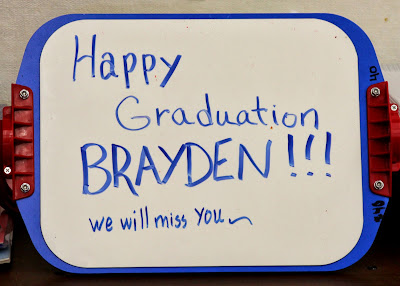 Brayden has moved up from preschool.  I cannot believe he has been in this classroom for 4 years!  He was sooo little when he started.  I have watched him mature more than ever expected.  This classroom has been so special.  The staff is so loving and have been with him since the beginning. 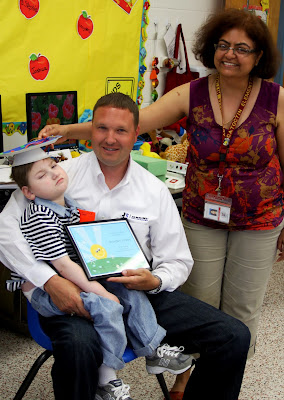 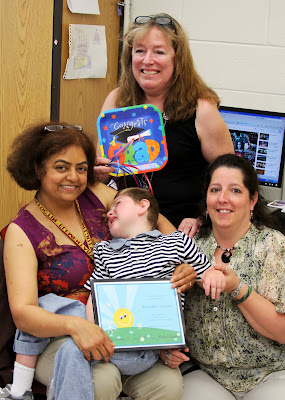 School has been hard work for Brayden.  Getting him ready in the morning (some years to catch the bus by 6:45 a.m.), the long days for him, lots of activity, trying new activities, therapies, loud noises, mommy adjusting...it has been work.  And he has improved over the years.  I joke that his first IEP (school goals and plan) just needed to say:  Ride the bus and Go to school.  Any goals after that were a bonus.  Now he has matured so much.  His head control and posture is much better.  He can use switches.  He can use the stander for a long time (and even falls asleep in it).  He communicates his needs.  His ability to look/gaze at things has improved.  And so much more.

Brayden was given the "traditional" cap and certificate. 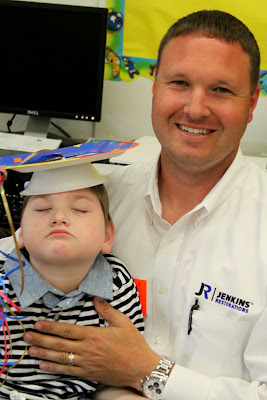 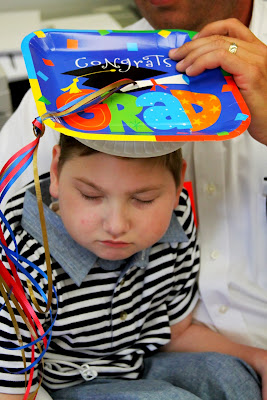 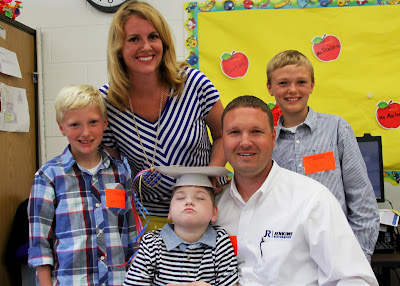 As part of the graduation ceremony, the class put together a slide show of pictures.  Jeremy and I barely made it through, more emotional than both of us expected.  But thinking back on the last four years...so much has happened.

Brayden was not in the best of moods for his graduation, perhaps a little too much excitement.  I think he does not know what to do when his home world crosses over with his school world...and we were all in one room 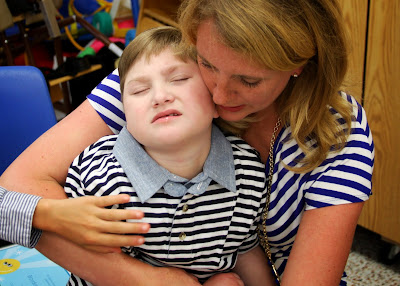 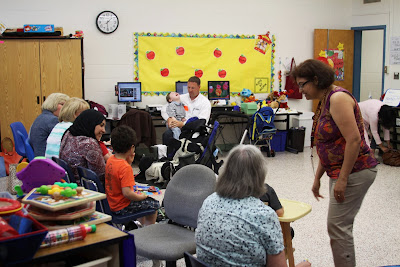 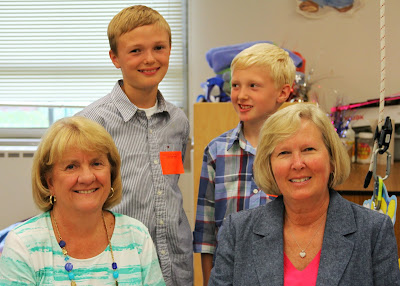 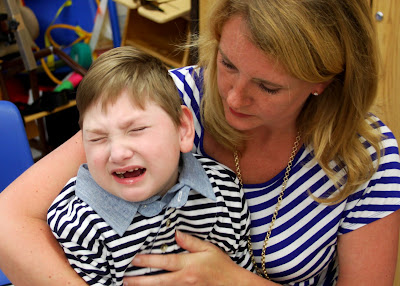 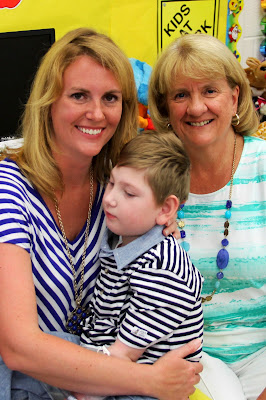 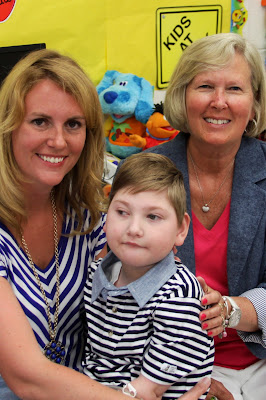 For the graduation, Jeremy and I attended.  We pulled Carter and Luke out of school and Brayden's grandmother's were able to join us.

Then Brayden has a very special little friend.  This little guy was with Brayden in class and he loved to hold his hand...could not be more precious. 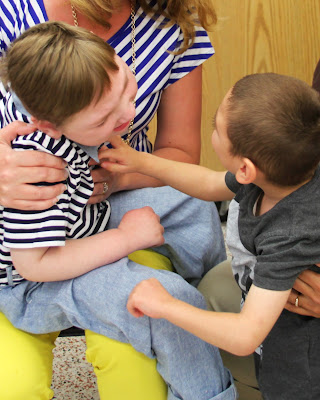 Brayden was exhausted when he finally arrived home and he slept for the night. 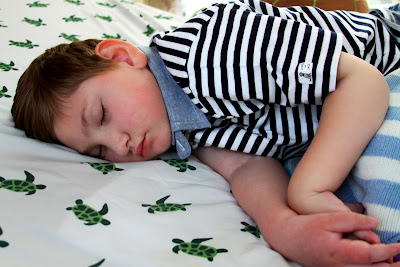 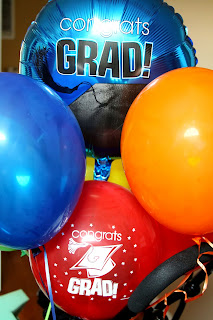