Over the past few weeks, the boys and I have been collecting toys for the Inova Fairfax Children's Hospital. Carter and Luke would sort all of the toys.  A pile of all girl pink stuff, a pile for boys and, as they said, "our anybody pile".

We loaded up the car.  Seats folded down and toys stuff in every corner of our large SUV.  Such generous donations this year!  It was great to deliver them to the hospital. 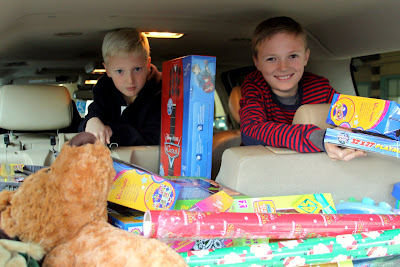 We met with the Child Life crew and they helped us unload all of the toys.  We were not able to go to the floor because of safety and health reasons (good thing since Luke was really not feeling well). 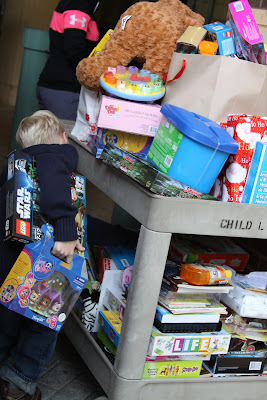 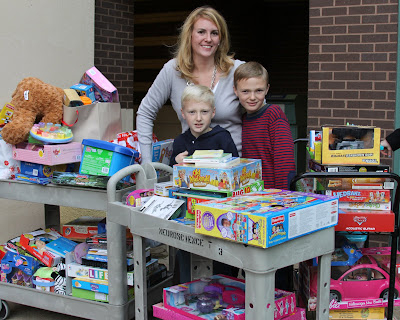 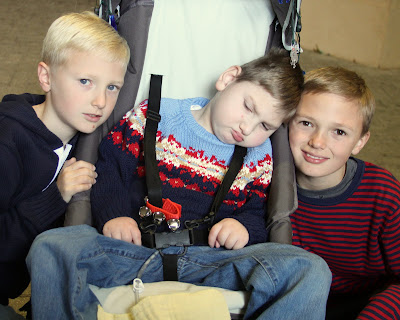 We had carts full of toys!  Thank you to all of those who donated, so many families will benefit!

We also collected Macy's Believe Santa letters.  Each letter put in a Macy's red mailbox is a $1 donation to Make-a-Wish.  This year we sent all the letter we collected to a little girl, who was recently granted her wish.  To give back she wanted to collect 10,000 letters, the word spread about this girl and her recent letter count was some where around 100,000...letters from all over the world!
Carter and Luke did some letters on the Macy's Believe site. 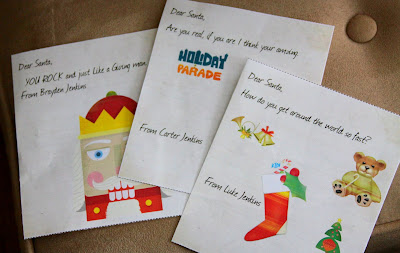