Brayden and I headed downtown to Children's early this morning, after a long night.

Had to change his feeding from his keto formula mixture to water at midnight.  Then all medications and water flushes had to be done before 5:00 a.m.

On the road about 5:30 a.m.  Brayden slept in the car and while we waited. 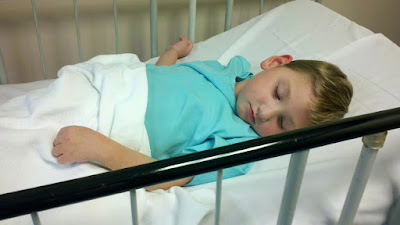 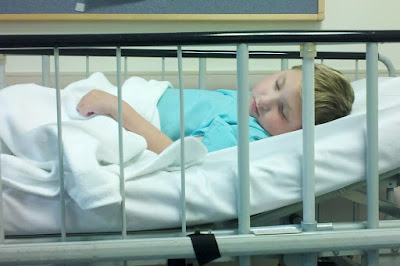 The TV was stuck in our room on one channel in one position.  I watched Beauty and Beast (probably a favorite Disney movie of mine, oh if I could walk around a sing like Belle...) 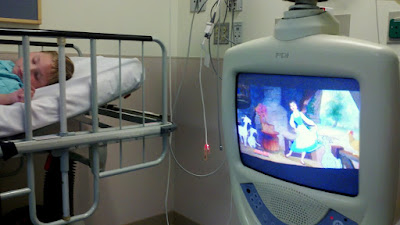 Arrived for paperwork and pre-op.  Talked with doctor and answered all those questions for the nurses the anesthesiologist.  Then they wheeled him in for the procedure.  Just as they were giving him the gas for sedation, he went into a lovely seizure getting his arms caught in the rails of the hospital bed.  Seizures was done and gas mask on, he faded away into a deep sleep and I headed to the waiting room. 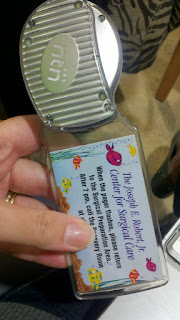 Great thing about the surgical center at Children's they give you a pager so the staff/nurses/doctor can reach you.  Then in the waiting area a large screen posting the status on your child; listing if in OR, what time they went in and when it is completed (Brayden is the very top number). 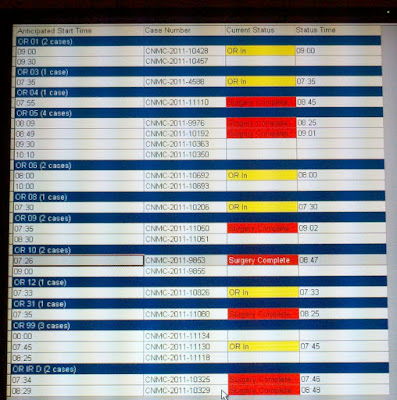 The Botox was done in about 20 minutes, Brayden woke up about 45 minutes later acting normal.  The nurse watched him a bit longer and then we headed home. 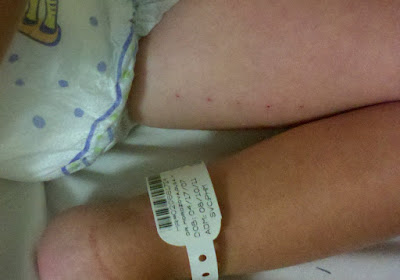 Botox in both hips, several in both hamstrings, a couple on the muscle on top of both his shins, one in each foot, and one in each arm.  So far he does not appear to be in any pain but lots of little red dots from the injections.
Botox is done now the concern is his right hip.  Even under sedation and after the Botox, the doctor could not get his hip in the proper place or straighten his right leg, not even close.  So in a few weeks Brayden is scheduled to see the doctor would did the Botox (a Physical Med and Rehab Dr) with the orthopedic surgeon to really understand what is happening with his hip.

Thank you for your prayers.  He handled the sedation great and the Botox seemed to go smoothly.
Posted by Jenkins at 6:29 PM

I was thinking about you and B, wondering how the Botox appointment went. I hope he is healing well and that the Botox helps his legs and hips.

So glad that the procedure went well. Praying he is seeing some good results at this point.

Is Brayden doing well today? I hope and pray that all his botox procedures would be successful. He's a strong child, and he'll make it through no matter what.