Brayden's snow days were not as exciting as Carter and Luke's.

One morning while changing his diaper, I felt something wet and slimy...never a good feeling when changing a diaper.

A quick assessment and I realized it was not coming from his diaper at all.  His incision on his hip was oozing.   It was oozing yellow puss and irritated all over.  A little clean up and I could see a hole in the incision were the puss was coming out.  And it was really bothering him.

I called a friend, who in recent years became an expert on her daughter's many incisions and infections.  She talked me through what to do (Brayden and her daughter also share the same ortho dr).

The next morning, things looked worse.  So I called the doctor and we (we, as in, I had to take Carter and Luke with us because of canceled school, much to their chagrin) headed to the office. 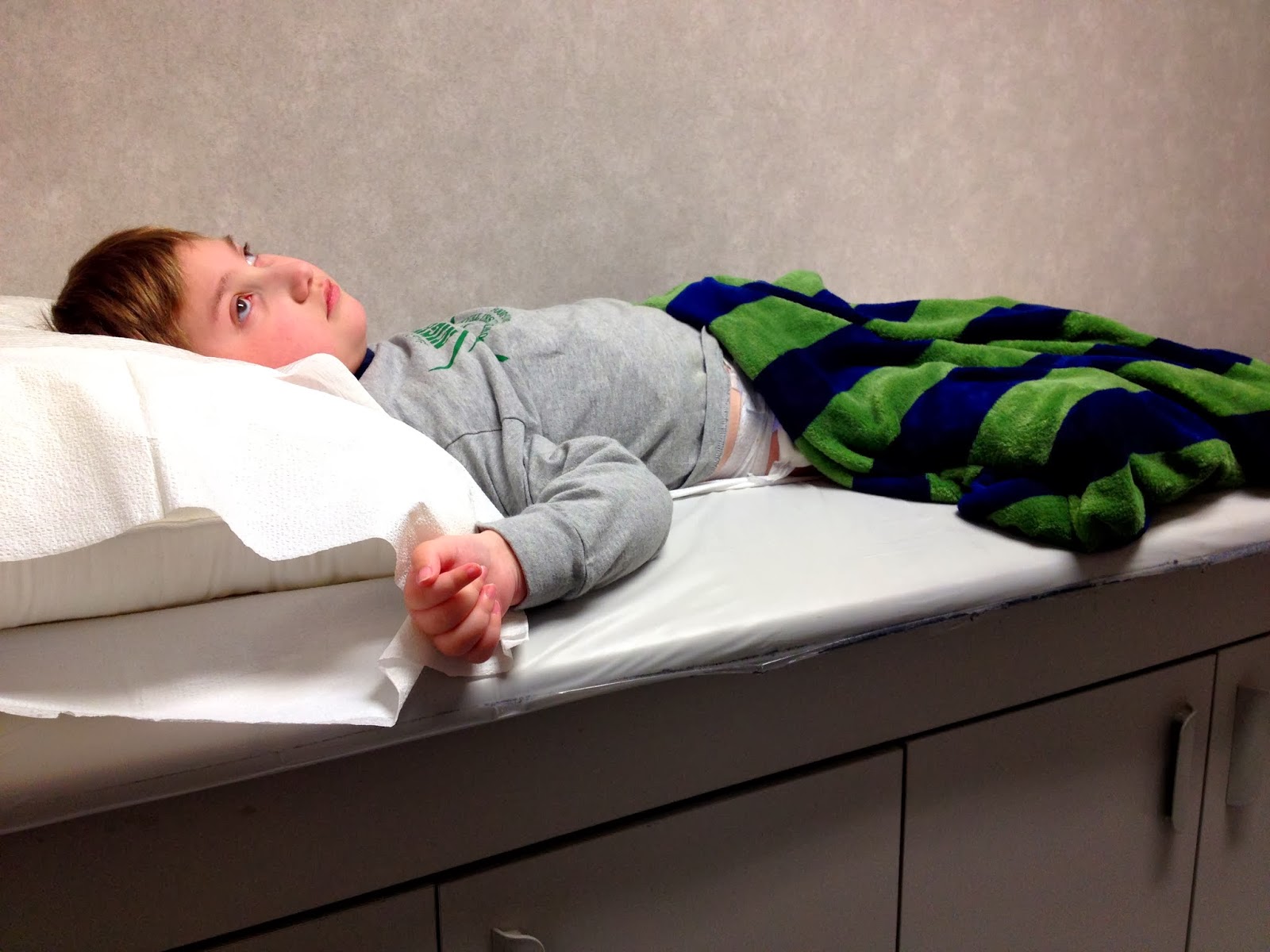 The doctor got a culture, cleaned it out, put on a little silver nitrate and bandaged him up (with a prescription for antibiotics).   Oh the pain he was in when she digging into the incision to clean it up.  I know Brayden has an incredible pain tolerance so when he was hurting so much that it was a silent scream, I knew it was serious pain.  Thankfully he quickly settled and relaxed once we got in the car, with a huge sigh on relief to get out of that doctor's office.

It is starting to look better but will check in with the doctor later this week.
Posted by Jenkins at 9:45 AM

I'm glad that Brayden's incision is looking better! Meya has a huge tolerance for pain, so I know how that had to hurt your heart to know Brayden was hurting. Sometimes it takes everything I have to stay tear free and brave for my girl when I know she is hurting.