Should have been a hurdler? 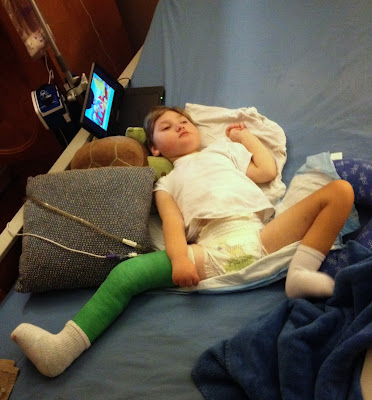 Despite having a giant green cast, Brayden finds a way to get comfortable.  And this is it...

On top of having a cast, Brayden is not feeling well.  A fever for a couple of days and lots of coughing.  Some how he cannot get control of his coughs.  The coughs turn into gagging, which turns into vomiting, which turns into the violent retching.  He has been pretty miserable.

Being sick, lowers his seizure threshold.  So yesterday morning was a 30 minute seizure with a dose of Diastat.  Between the Diastat medication and not feeling well, Brayden has like a zombie. 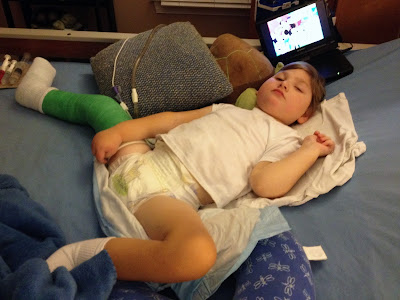 Praying the time being sick and time with a cast are both short.


And just for a thought, imagine me trying to get him in the car with his leg sticking straight out, while he is gagging/vomiting...trying not to get it on me or him, because changing him with the cast on is a task that is not enjoyed by anyone...as well as loading him in the car.  It is a sight, and some may wonder if I am actually torturing but it is quite the contrary.