Brayden had an appointment to see another orthopedic surgeon.  The doctor he has seen since he was about one year old.

I gave the doctor a brief run down of Brayden's past few months of Botox, hip problems and recommended surgery.  Brayden had some x-rays done, she reviewed the notes from the other doctors and came in to discuss.

First, she explained that this problem with his femurs is not uncommon for those with cerebral palsy and non-ambulatory.
Second, Brayden's hips have never been really displaced; meaning out 50% or more.
Third, Brayden's right hip is much tighter and starting to roll in (he has always had frog legs, knees pointing out not in). 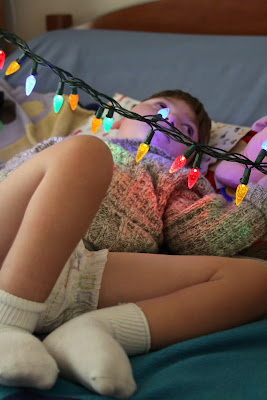 What that means, is she would NOT recommend the severe surgery of breaking his femurs to create the proper angle.  Since Brayden is not in pain, we are not looking for him to walk, and his hips are not displaced, then surgery is not a necessity.  It is certainly something that could happen many years down the road (with all due respect to the orthopedists, we cannot imagine him 10 years old let alone discuss his hips when he is 20) or if his hips do have problems being displaced.

What the ortho doctor does recommend is for Brayden to start a routine of Botox every 3-4 months (I think on his hamstrings and adductors.  This will relieve the tightness in his legs and his mild discomfort, it will also relieve the pull on his hips.  The upcoming Botox procedure would also include cutting a bit of the muscle in his right leg to let it regrow more lengthened (I cannot remember the medical term for this right now).

It looks like this will be the route we will take.  Botox and the muscle procedure is considered a surgery, about 30 minutes (only sedated not intubated) outpatient procedure.  He did have Botox back in August and handled it just fine.  The Botox was wonderful for his legs.

Obviously, we feel better about him having botox over the femur surgery.
Posted by Jenkins at 8:07 AM

I'm glad to hear he will not have to have the major femur surgery! Layne is seeing a physical medicine specialist for the first time tomorrow and I'm thinking they will say he needs botox too.