Before all of this, the only thing I knew about colonics, was a "special" cleansing that some people actually pay for at a med-spa/"special" spa.  Well Brayden and I know more about colonics than ever (and we will never voluntarily do it).

The doctors have attempted to clean Brayden out from every direction.  Last night and into the early hours of this morning, they attempted to push LARGE amounts of GoLytely through his j-tube.  That did not go well for many reasons but mostly because the amounts were causing him to gag and retch for getting too much.  Then the fluids were more than his body could handle.  His potassium had yet another hit.  The cleaning out fluid was stopped, yet again, due to the drop in his potassium.  He was given more potassium through his IV.  More labs done.  This poor kid cannot do a clean out. 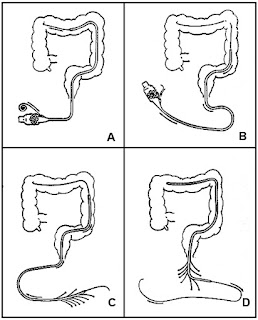 The clean out needed to happen for two reasons:
First to just get out all the stool that has been stuck.
And most importantly to clean him out so he could have the colonic manometry test done. 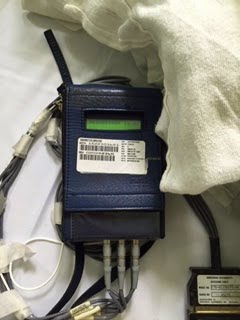 For this test, a flexible tube is inserted through your child’s rectum into the colon. The tube is inserted while your child is sedated, but the test is completed when your child is awake.  Colonic manometry is a test performed to evaluate children with issues including colonic dysmotility, constipation and stool soiling. This test measures the strength of the muscle contractions inside the colon (also called the large intestine).

The tube is attached to a monitor for 24 hours, while inserted in Brayden.

Brayden is was cleaned out enough to do the procedure for the colonic manometry.  By late morning he was taken to the OR, sedated and the procedure was about an hour, while he was under they also did an anorectal manometry and took pictures with a tiny camera with/while the tubing was inserted.  Then he spent time in post-op for monitoring.  Back up to his room and the monitor does its thing. 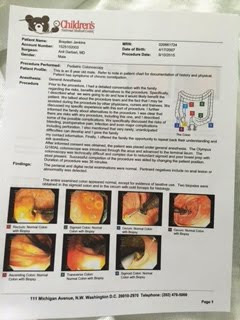 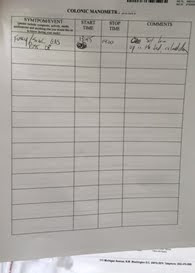 While hooked up they will try different medications, a little bits of food, etc. to see how his lower GI reacts.  And hopefully all will be recorded on the monitor and we have to fill out a chart as well.

Brayden has handle most of it pretty well.  Definitely some moments of discomfort and he is really giving off this don't-mess-with-me vibe to anyone that comes near him.
Posted by Jenkins at 9:01 PM