How many doctors can we talk to?

This picture can explain why... 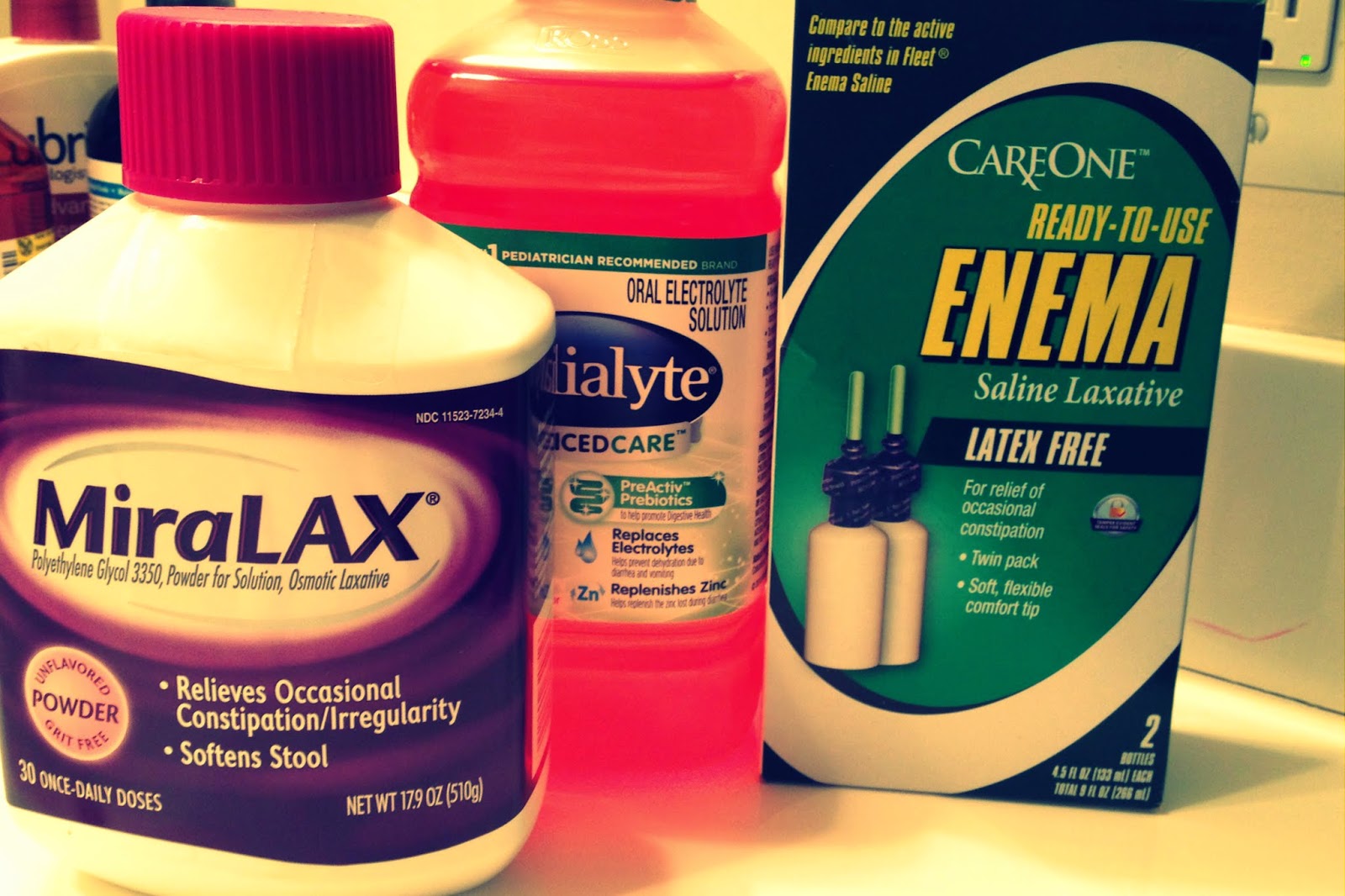 We did visit the pediatrician to help with ideas on getting things moving. 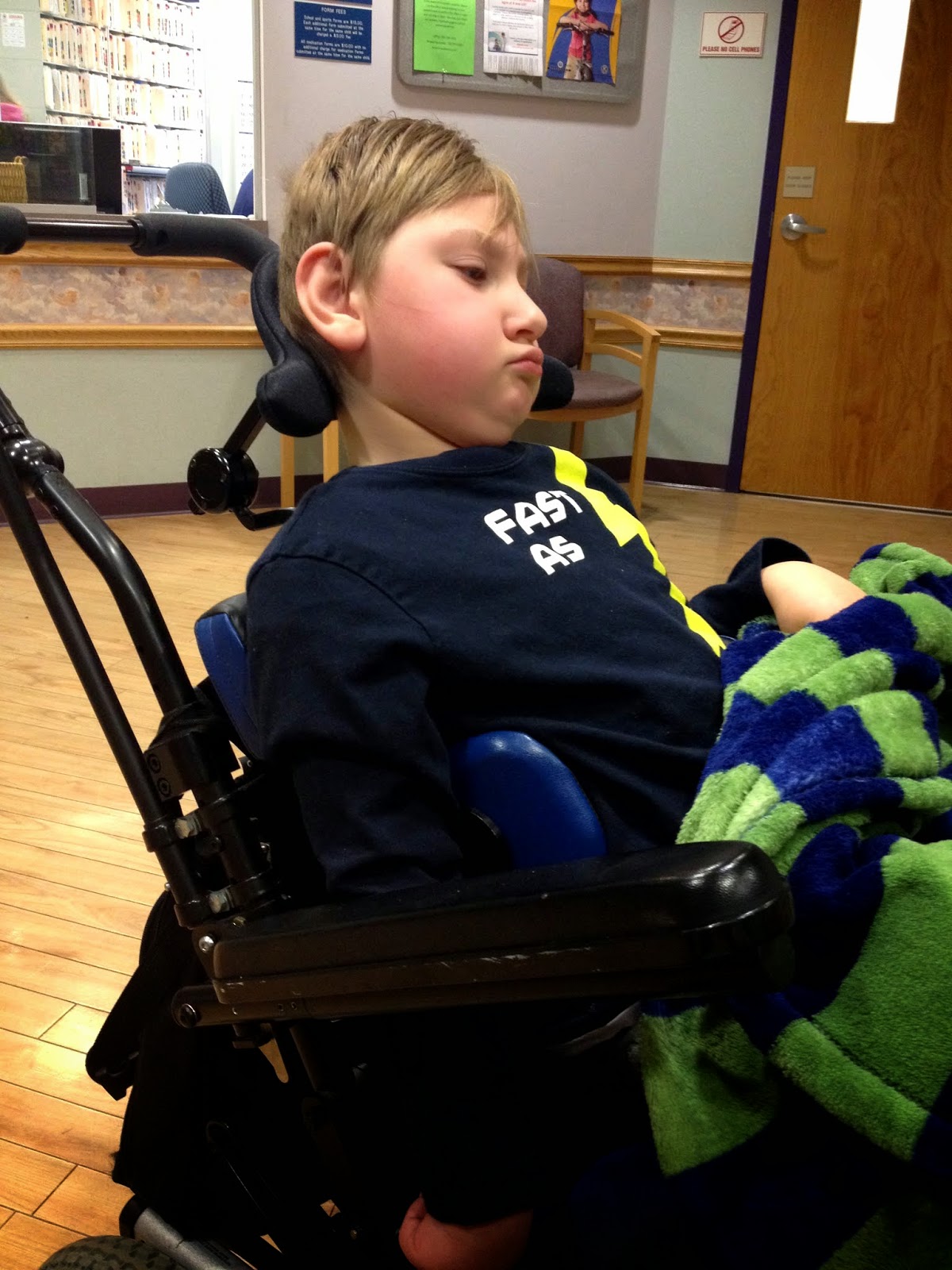 But that was not enough.  The next morning I had to run to the store for more essentials. 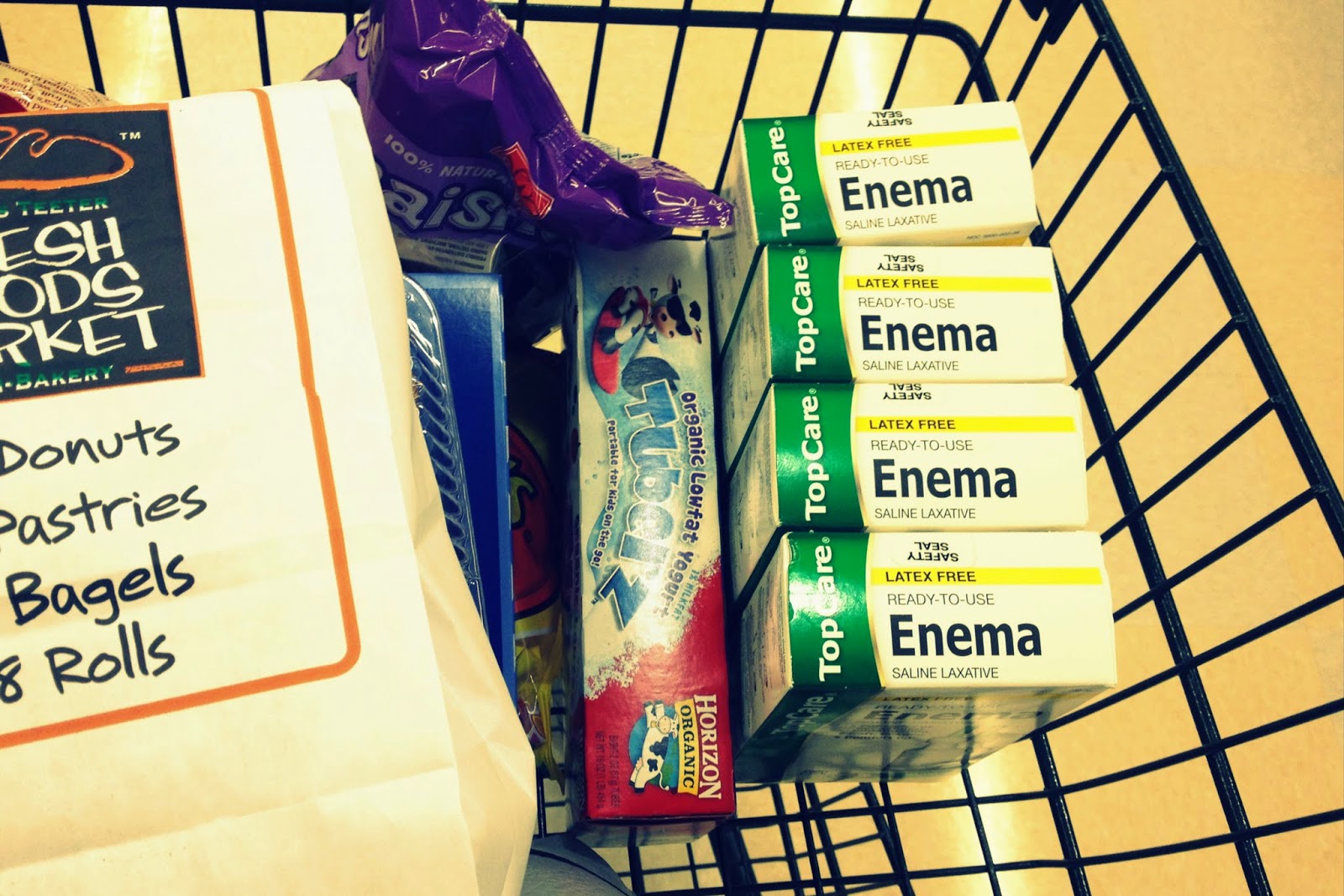 Brayden's constipation was not resolving itself, despite our best efforts with miralax, pre-biotic, and an enema.  A talk with the dr and we needed to clean him out.  3 enemas:  give one, wait for result, then give another, wait for result, then give 3rd...by the 3rd things should be clear.  But he wasn't.  So we waited more hours and gave another, that did not help enough.

Not much more we could do because early the next morning we had to be at Children's in DC for an 8:00 a.m. appointment in the bone clinic. 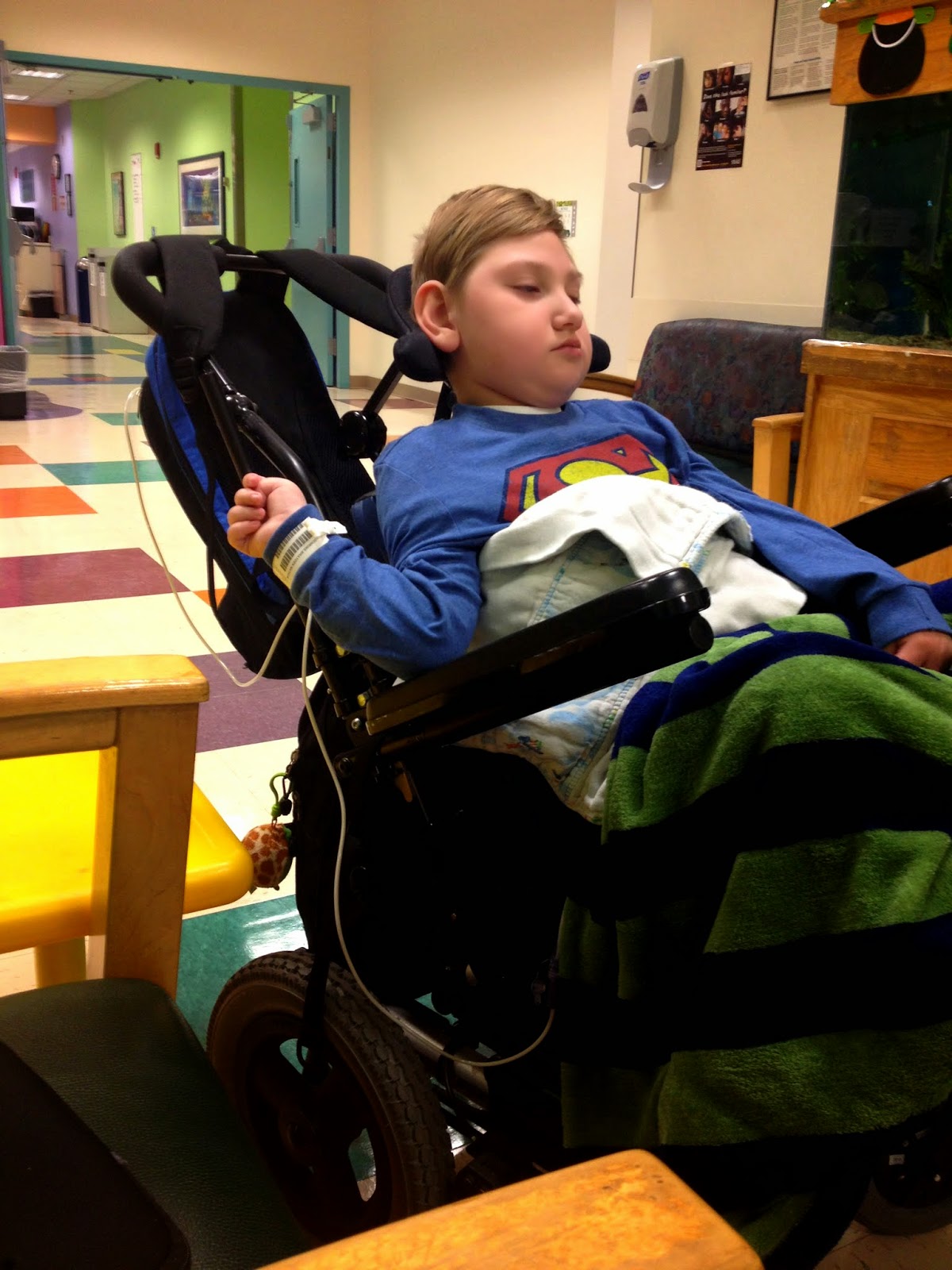 A very early morning (we left even earlier because of the snow storm that was happening any moment).  The appointment was a follow-up on Brayden's bone health, that was not looking good (bones like butter).  Since the last appointment we weaned him off the ketogenic diet and added a super Vitamin D to help.  Thankfully no breaks or bone issues in the mean time.  We talked with the bone clinic team (a lead ortho, lead endocrinologist and some others) about the game plan for Brayden.  No scans or x-rays this time.  We did lots of labs to check him, no word yet on his labs.  Brayden will go back in June for bone scans and x-rays (and I am sure more labs), hopefully giving his bones more time to improve enough that they can see on the scans.  He could go on medications to improve his bones that he could not go on while on the ketogenic diet...but the doctors are not ready to prescribe that just yet.

I was secretly hoping they would do some x-rays so we could inadvertently see if he was stopped up with poop.  Because for the past 24 hours, Brayden was only getting more miserable and incredibly lethargic (he barely whimpered during the lab blood draw).  We left Children's and I talked with Brayden's pediatrician, who was helping us on her day off.  She was not in the office so she told us to call Brayden's GI doctor.  Since we had already done the enemas the day before he told us to dose him up with Miralax, 3 large doses of Miralax over 3 hours.

I did joke that Brayden had his first colonics...just not the great med spa kind of colonics.  And I can tell you Brayden was not a fan, nor was I (seriously who signs up for to be a colonics tech?!).  But we needed to help move things along.

At bedtime, we finally have a big result.  Big...needed a shower big.  He slept well that night.  Then the next morning he had two more "results".  However, he is still incredibly lethargic and quite pitiful looking.  Not sure what to do for him, may be seeing a doctor soon.  Was constipation really the issue or a symptom?  We are having constipation issues since coming off the ketogenic diet, he has not been doing well with pooping on his own.

In the midst of all of this I also talked to his neurologist about seizure control...but that is for the next post.
Posted by Jenkins at 10:07 PM