Brayden made it for 24 hours without pain medications, his pancreas numbers were down and we were able to take him home.

When he entered the hospital, his lipase levels were 3000.  A normal level could be around 7-160 (depending on which doctor says is normal).  Brayden's pancreas has been a question for over 4 years.  His lipase (and amylase) is checked most times he has any blood work.  His levels have been as high as 1300-1500 but never reaching 3000 like this time. 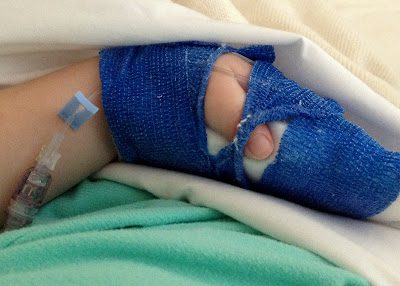 The questions: What is going on with Brayden's pancreas?  Is it causing him pain?  Does it cause problems for him? 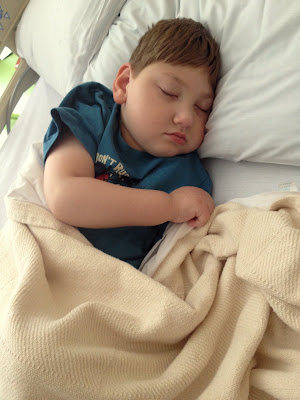 While we know that his lipase levels have been high several times in the past, we do not know if it really causes him problems.  We do know that he has insufficient pancreatic enzymes and we add enzymes capsules to his food.  In 2009, Brayden had an ultrasound of his pancreas and a MRCP (like an MRI).  Things looked good then.

The doctors do not know much more than that.

We do know that during this hospital stay, Brayden entered with numbers of 3000, well over the normal range and he was screaming in pain.  Screaming and screaming like Jeremy and I have not often heard from him and it was terrible. Only finding respite when he seemed to exhaust himself and sleep for 10-20 minutes then waking right into a scream. 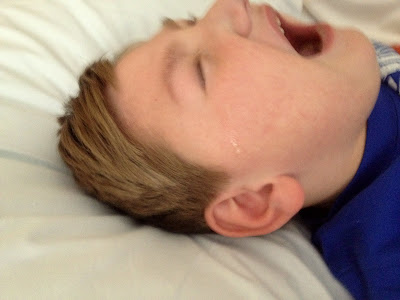 And me trying to comfort him in any way possible. 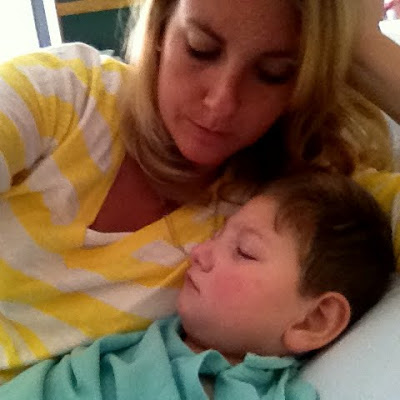 The next day Brayden was much more comfortable and his lipase had already decreased to 600.

Yesterday afternoon, he was feeling much better so we wandered the halls of the peds wing, the playroom and the courtyard.  He was happy to be outside and playing with the fancy lights. 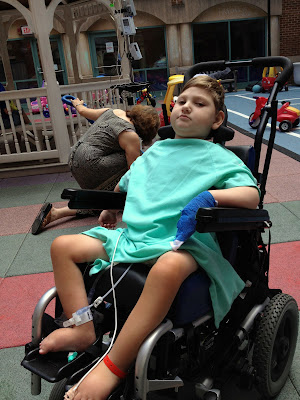 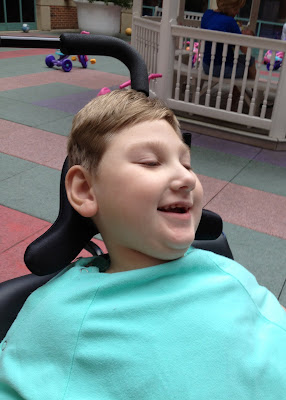 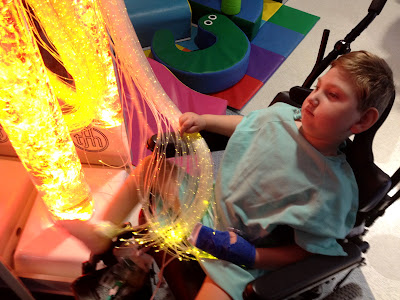 We arrived home this morning.  Actually discharged early this morning...in time to hit the morning DC rush hour but taking him home made the bit of traffic very bearable.

We will check blood work again next week.  If Brayden has another episode like this (high numbers and pain) then we may do more imaging.

Just caught up on your hospital stay. So thankful B is home and resting comfortably. I hope that was your last ER visit for a long time. B is getting SO big!! Love the photo of him smiling in the play room.

Oh how hard to see him hurting... hope you're able to take it easy and get some rest!