Yes, I talked extensively over the last several months about Brayden's bowel movements.  The past several days, I have poured over Brayden's lifetime of medical records, trying to put together an outline of Brayden's slowing GI system.  Today, I talked about Brayden's bowel movements for a long time with a new doctor at Children's National in DC.  We went through Brayden's GI history, tests that he had and his current problems.  The doctor reviewed possible procedures and outcomes, even drew pictures of GI System, tests and even little butt cheeks to make his point... 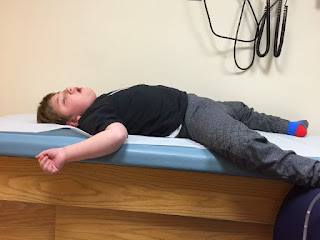 Basically, it does not seem likely that they could find a reason or diagnosis for Brayden's poor/minimal GI system motility.  His brain is so abnormal.  The GI system is run by the autonomic nervous system, which we already know Brayden's is abnormal.  Thus it is really no surprise that his GI system would be struggling, especially as he gets older and bigger.


What that means for Brayden to have a bowel movement...we do not know quite yet.  The GI Motility doctor suggested today that we start with tests to assess Brayden's lower GI system. 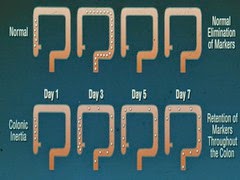 A colon transit study is a diagnostic test that will allow your doctor to evaluate the function of your colon.  A capsule, actually we will open capsule and insert the contents (2 dozen or so tiny little rings) into the hole where his j-tube is.  About an hour after inserting the capsule contents, Brayden will have an x-ray, for his baseline.  He will have an x-ray every 24 hrs for 4 days, then another on day 7.  The x-rays will show the progress of the capsule contents, hopefully progress the small intestine into colon.


It is a lower gastrointestinal (GI) examination, is an X-ray examination of the large intestine (colon and rectum).


Using an intrarectal balloon, into his rectum, to assess the rectoanal inhibitory reflex (RAIR), rectal sensitivity, capacity, and compliance. 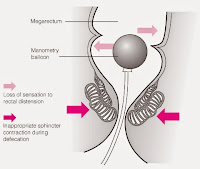 
A technique that allows recording of intraluminal pressures from within the large bowel by means of a colonoscopically positioned multilumen manometric probe. 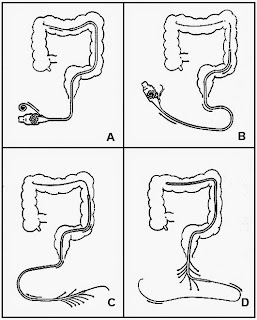 The Colonic Manometry (#4) will be under anethesia, admitted to the hospital for 24 hour evaluation for test.  The Manometry AnoRectal (#3) will be done at the same time.  Brayden should be scheduled for this sometime in July or August.


The Transit Study (#1) and Barium Enema (#3) will done over the next few weeks (at different times). These tests are not a surprise to us.  We were told to expect so rather invasive testing of his colon.  Hopefully the test will so the doctors the best plan of care.
Posted by Jenkins at 10:00 PM

Perhaps of some interest.
https://www.ncbi.nlm.nih.gov/pmc/articles/PMC5486691/

There is some evidence that DGE
may be caused or worsens by a gastrostomy.


Although reading your story,
even if this information was available,
a child unable to eat does limit your options.

Wishing you al the best.