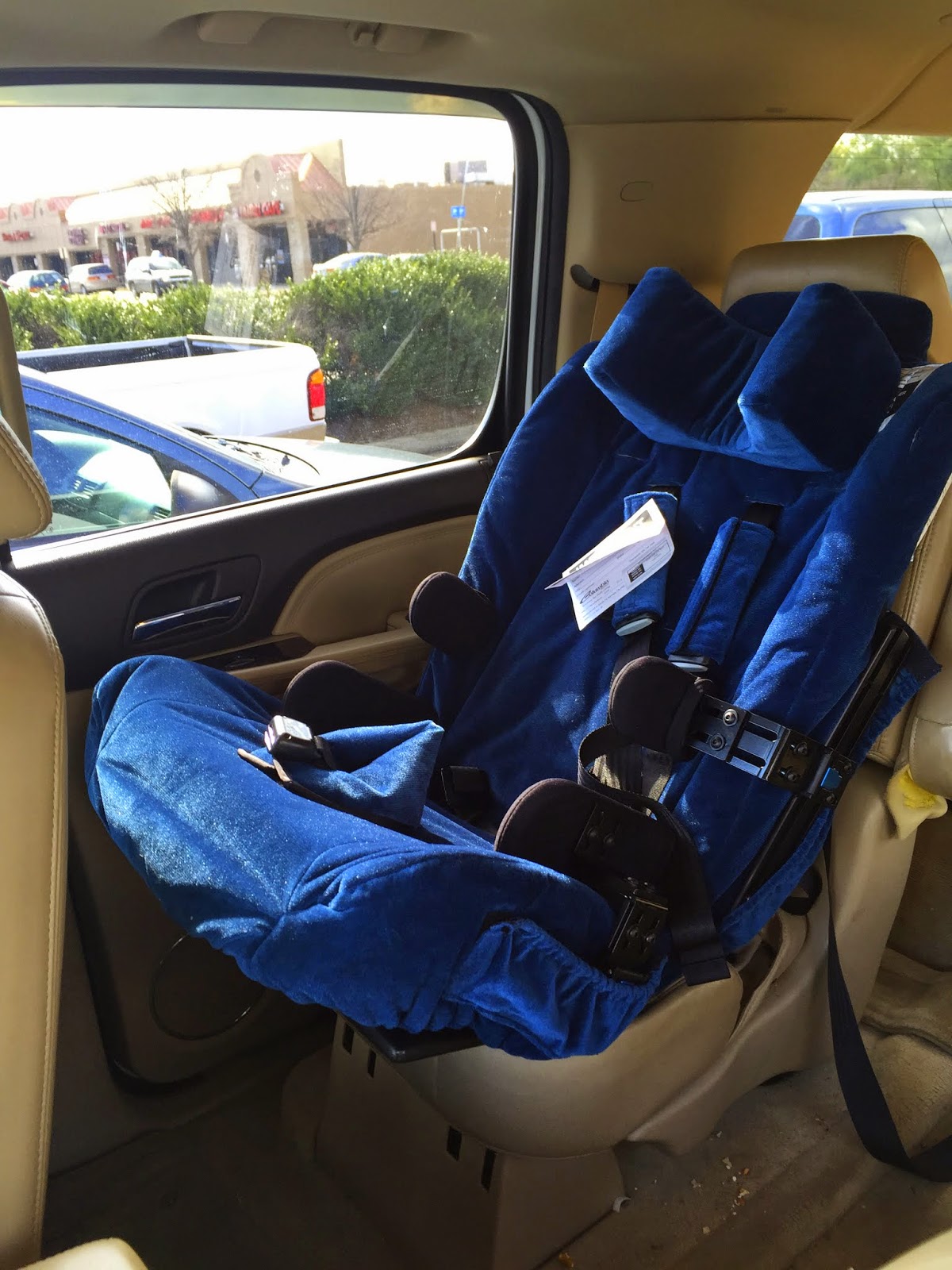 After many months of waiting (since February), Brayden car seat arrived.  His current one did not offer him any support and we worried that is was actually harming him, after all he did break his femur getting his leg stuck in the car seat arms...thus needing a new car seat.

I looked over the car seat option online, after the equipment company gave us some recommendations.  We needed full support, good padding and ability to slide him in and out. 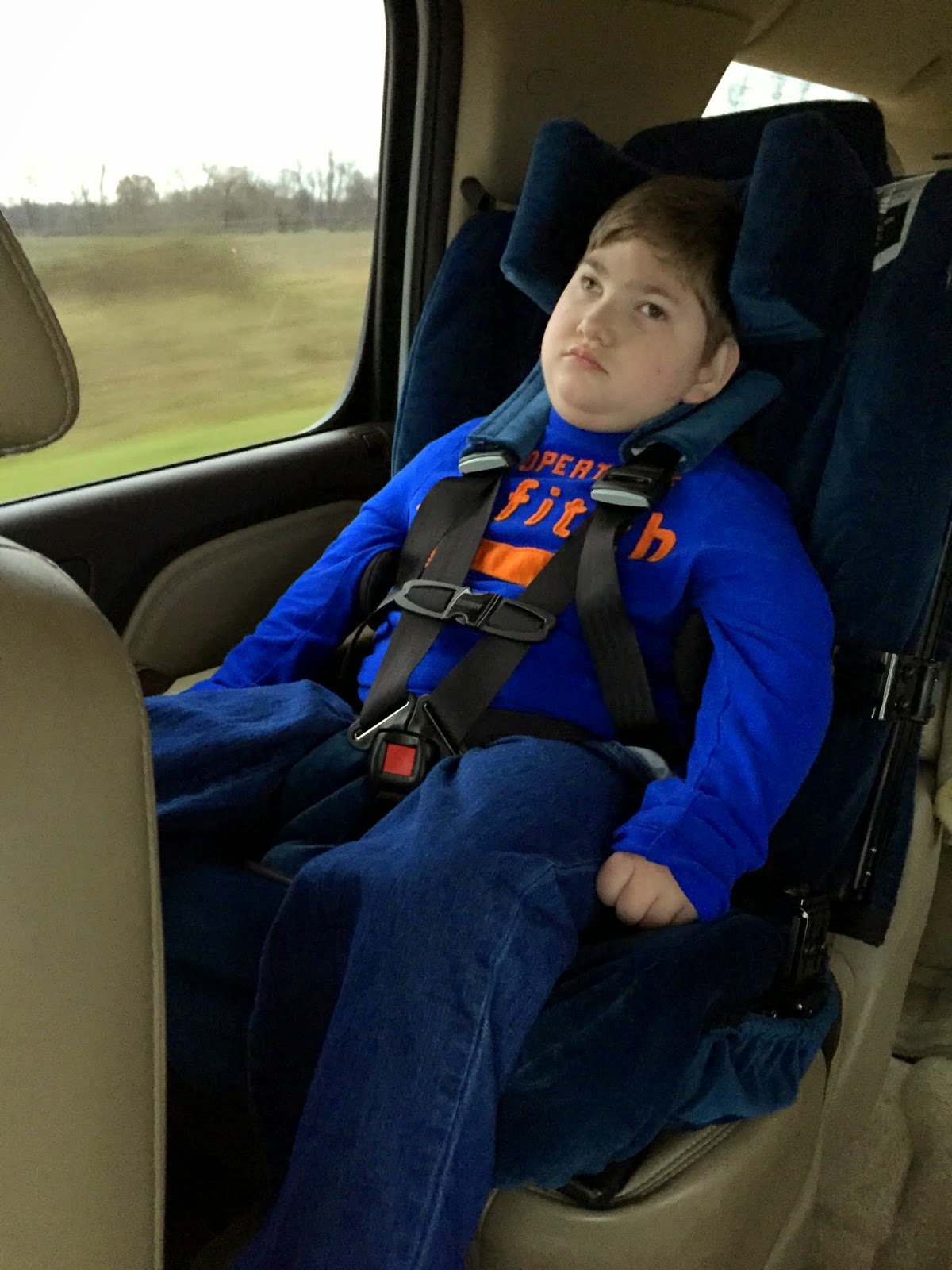 This beast arrived.  It is massive.  The equipment guy installed it behind the drivers side, which is where Brayden has always been in the car.  After he installed it, I realized that Jeremy and I could not drive the car very well because the driver's seat had to be moved quite a bit forward to accommodate the car seat and Brayden's long legs.

So we had to move the seat to the other side of the car...you just might not wanna be the person in the front passenger seat if you have long legs and Brayden is along for the ride.

Brayden has been quite comfortable in it, not fighting it the way he always did with his previous seat.  Good thing because this one is intended to last a very long time.