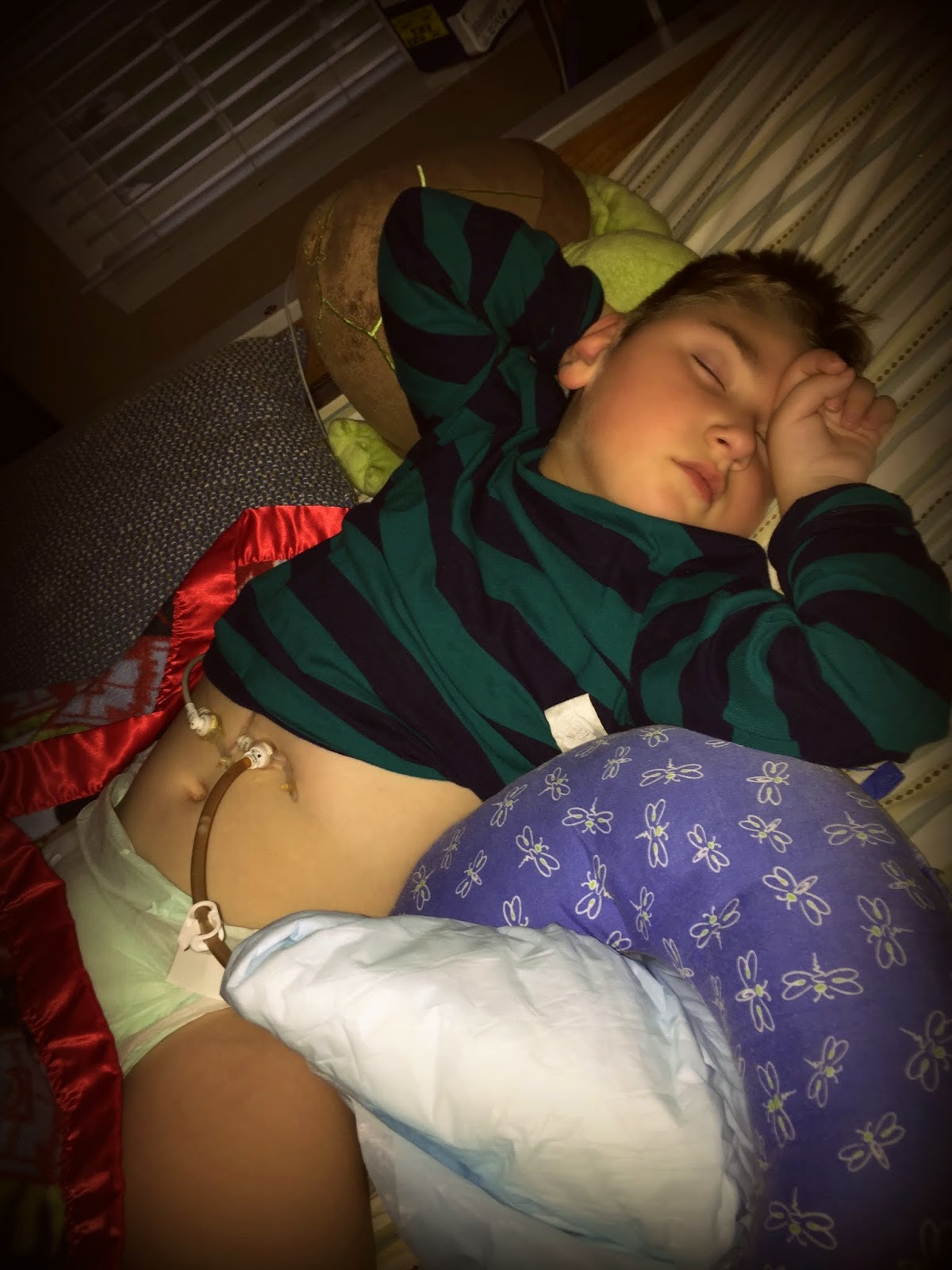 Well, we knew Brayden's quality of sleep was poor but today we saw it on paper.
So technically during sleep, Brayden has:
Brayden will be put on BiPAP for sleep.  We will introduce it to him for the next few weeks.  Then go in for another sleep study for them to properly adjust the best numbers/rate on the BiPAP.  The equipment company will be calling us soon to set up time to deliver the gear.
Regulating his sleep improve his seizure control, weight gain (minimize it please) and basically improve his quality of life because he has been quite tired for sometime.  It looks like it will take a couple of months to adjust and get to where he needs to be.
Posted by Jenkins at 8:40 AM