Panic...it is time for the Dentist

Dentist and a haircut.  Two the worst things to do with Brayden.  Maybe he is used to all the doctors, test and needles because those do upset him but nothing like the dentist and haircut...those he puts up a fight.

So you can imagine how "excited" I get to take him to the dentist. 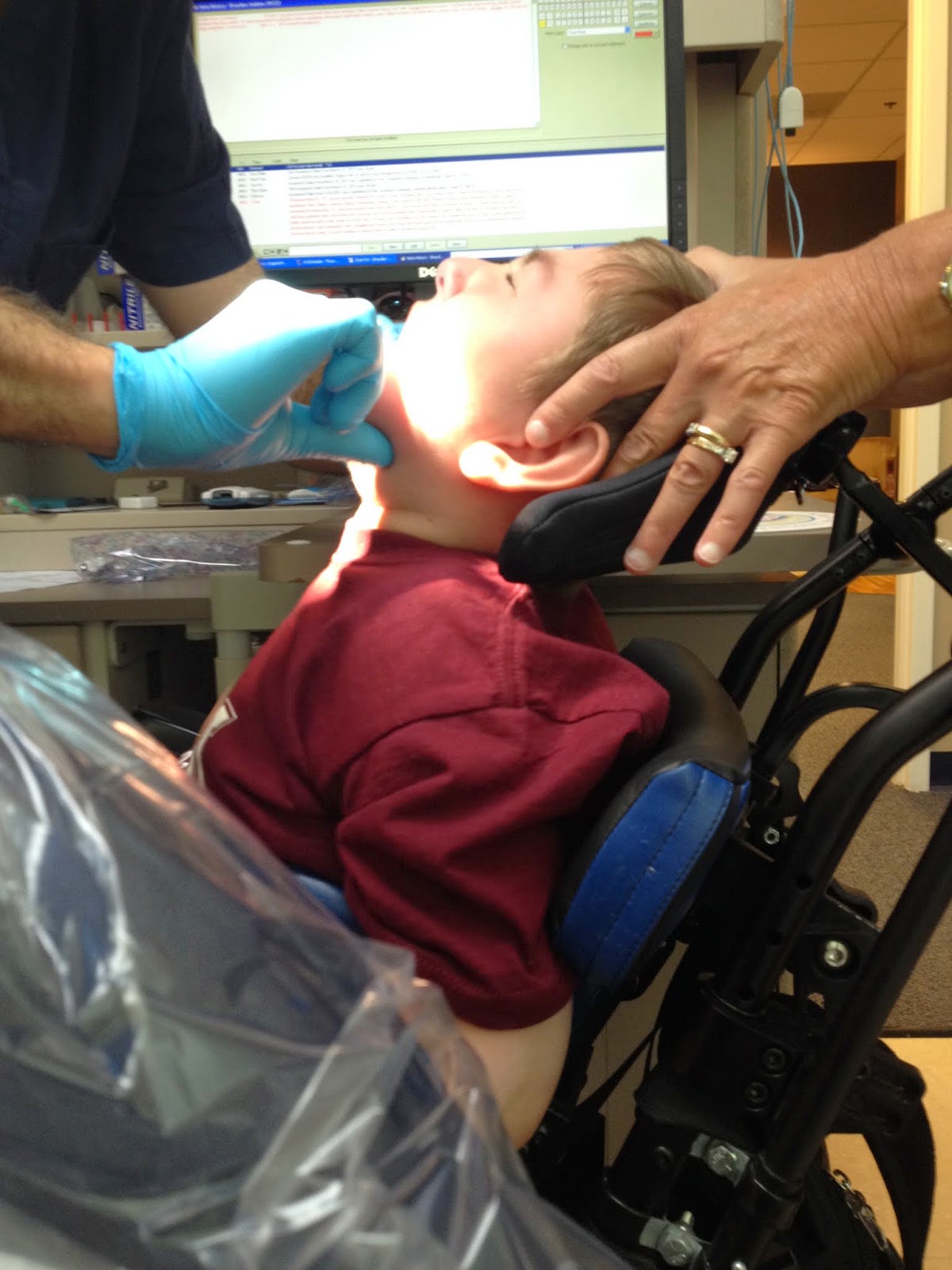 Time for a little cleaning, the tech gave him a taste of the toothpaste.  She let him toss around that taste in his mouth for a moment, enjoying it, before going in.

He did better than I expected (and my bar is very low).  He did hold his head still, didn't kick.  There was a lot of fussing, as the tech realized and said "I think he may be cursing me out".  The fussing turned in to gagging but amazingly the gagging didn't turn in to vomiting.  He settled down on his own after she finished, which is a big boy accomplishment for him to settle himself down quickly.  She actually cleaned his teeth and got a decent look at them.

Then the dentist came in for a look, Brayden was not having it but did hold still.

He teeth look good, no problems, one of the few benefits of not eating or drinking anything by mouth.  Evidence of some grinding, probably due to the fact that some of his old seizures involved teeth grinding.  And he has a couple of new teeth coming in.
Posted by Jenkins at 9:00 PM