We have been on a little vacation with friends (but more about that adventure later).

The big news from the trip is that Brayden lost his first tooth. 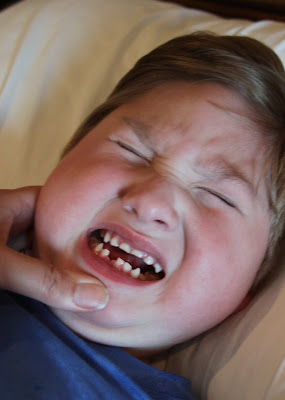 I saw all of his teeth that morning.  Later that afternoon, I saw a missing tooth.  I have no idea where the tooth landed...perhaps in his belly (that later became part of a diaper, I am sure).  We will just tell the boys the tooth fairy got it.

The funny thing is, he was fascinated with the hole.  He would push his tongue over and over it.  Then he managed to get his finger right there to check it out (shocking that he could pull this off). 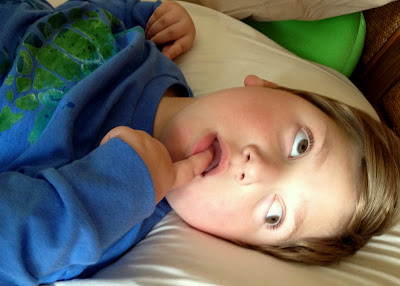 Wow!! He's growing up. And yay for him getting his finger right in the tooth hole. :)

Wow! I cannot believe he has lost his first tooth. He is getting so big!